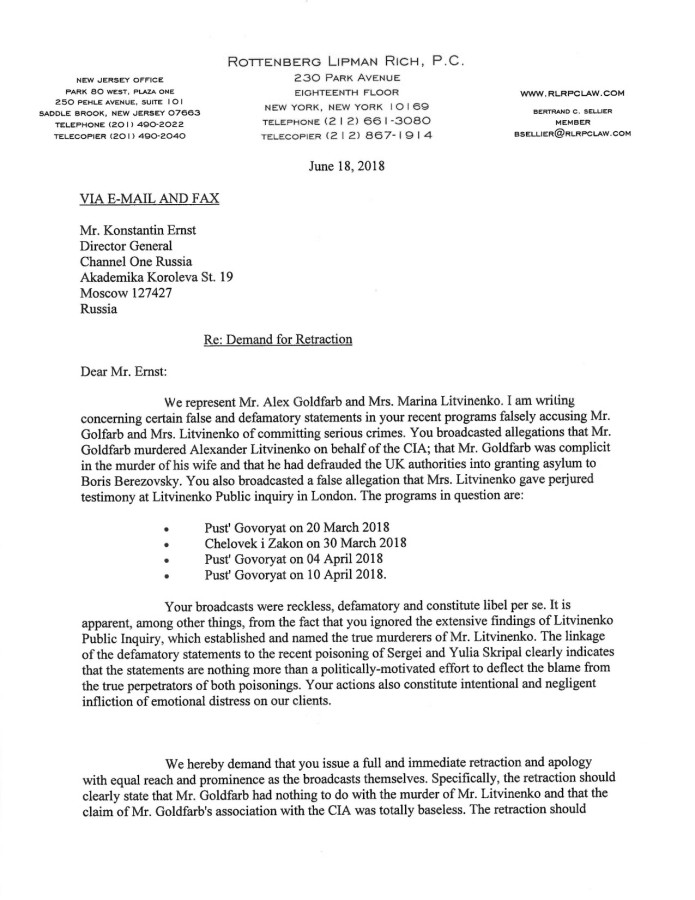 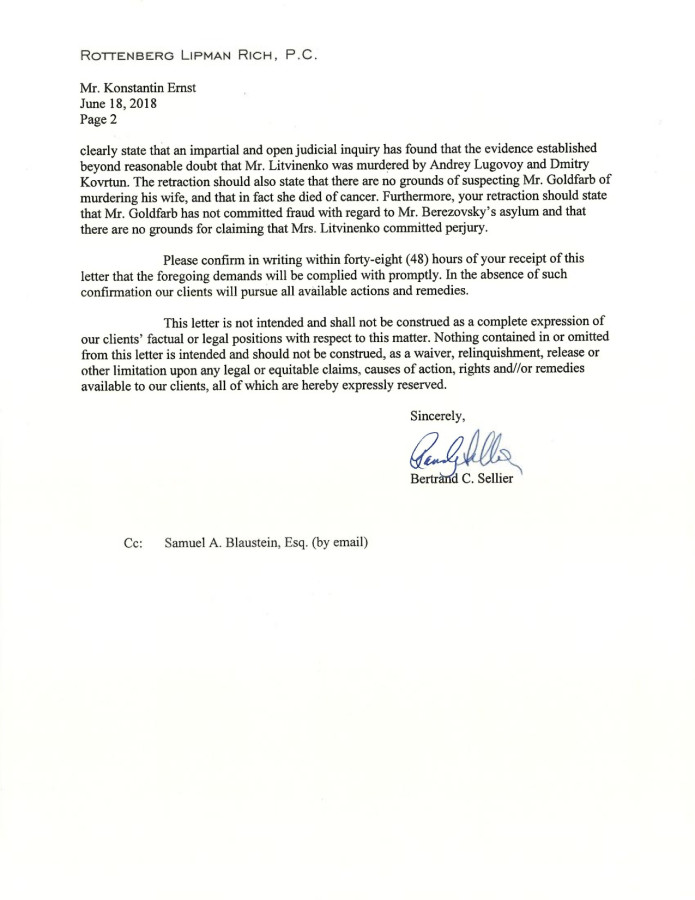 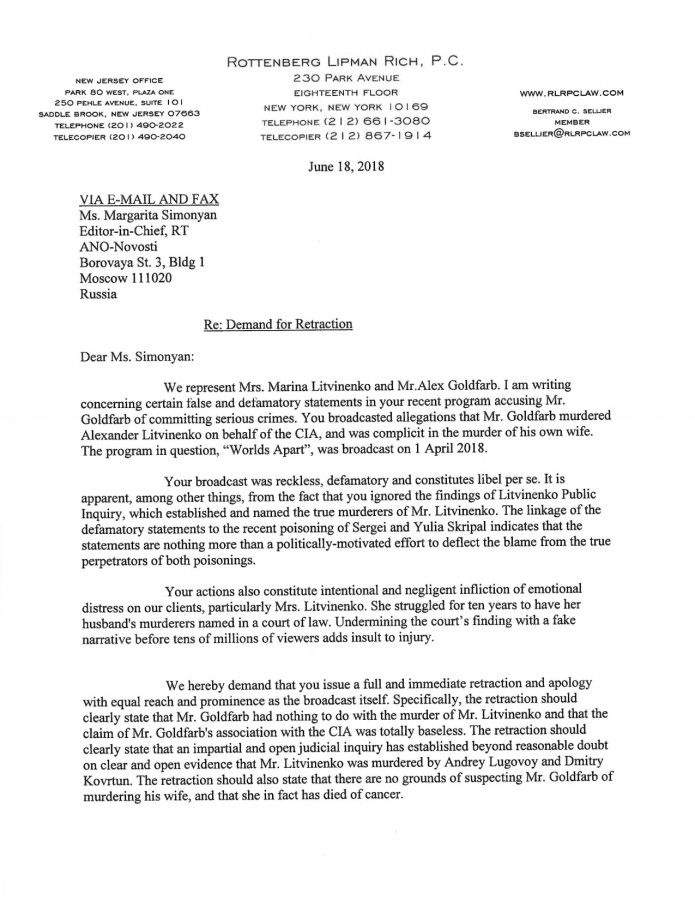 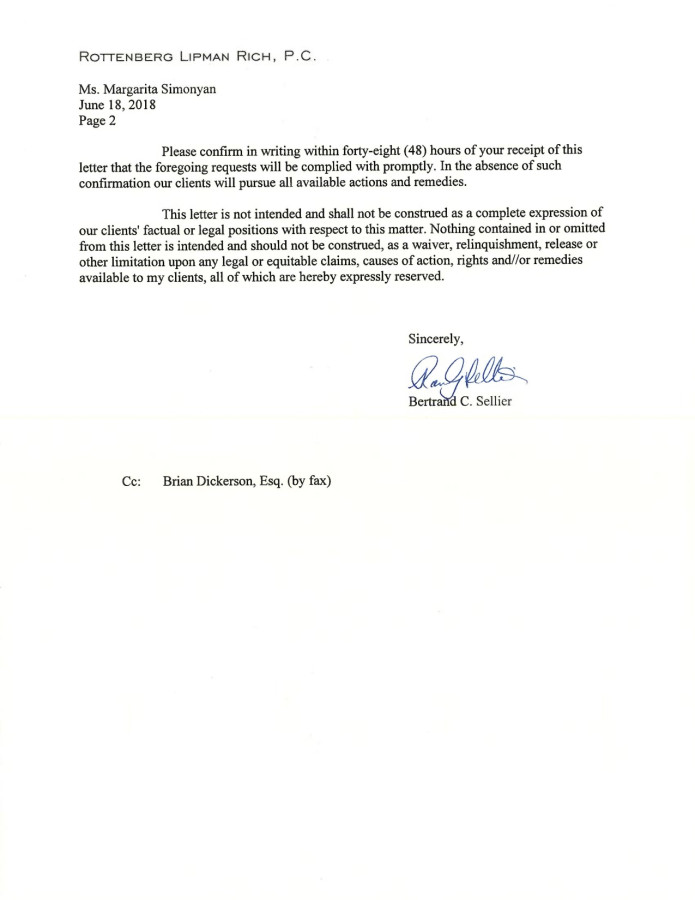 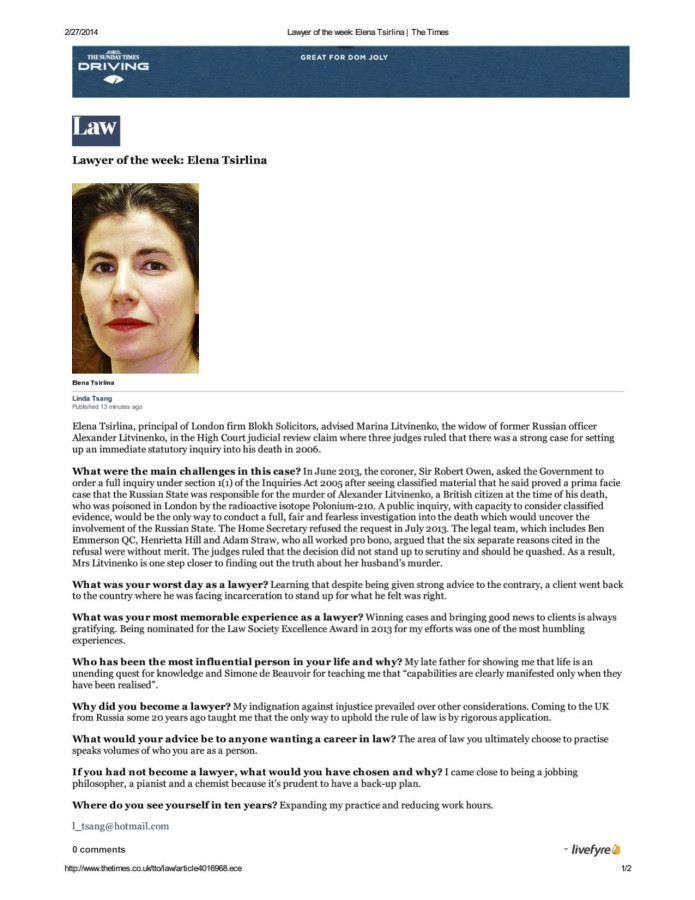 Almost 15 years later, many experts have come to believe Litvinenko was right. The bombings, which killed nearly 300 Russians, were a state provocation designed to propel Mr. Putin into the presidency
( Collapse )

British Home Secretary will not appeal the decision of the London court this week that supported the extraordinary appeal of the widow of former FSB officer Alexander Litvinenko, told the representative of the minister.

On Tuesday, the court considered the arguments presented earlier by May insufficient to refuse to conduct public hearing on the Litvinenko case and gave time to the British authorities on Friday to provide a more compelling arguments or to appeal, otherwise the solution will not be able to stay in power.

"Minister decided not to appeal the court's decision on this case. We carefully analyze the decision and the government continues to cooperate fully with the coroner's inquest on the case of Mr. Litvinenko’s death", he said. "It would be inappropriate to make any further comments on the ongoing legal procedures", he added.

PRINT
A A A

The widow of murdered former KGB spy Alexander Litvinenko has hailed a High Court victory that raises her hopes of obtaining a public inquiry into her husband's death as "unbelievable".

Marina Litvinenko had challenged the UK Government's decision to await the outcome of a normal inquest before deciding whether there should be an inquiry with powers to probe more deeply into the killing.

Now three High Court judges have decided that Home Secretary Theresa May must reconsider the decision in the light of their ruling. Mrs Litvinenko's lawyers described it as “a very strong ruling”.

Speaking outside court, Mrs Litvinenko said she was “very glad” the ruling had gone in her favour.

She said: “It is just unbelievable. It shows that there was not any reason to say I did not have the right for a public inquiry.”

She called on Mrs May to “accept this decision”.

The judges have given the Government until Friday to decide whether to lodge an appeal.

Speaking for the three judges, Lord Justice Richards said: “I am satisfied that the reasons given by the Secretary of State do not provide a rational basis for the decision not to set up a statutory inquiry at this time but to adopt a 'wait and see' approach.”

Quashing the decision, the judge said: “The deficiencies in the reasons are so substantial that the decision cannot stand.”

Lord Justice Richards, sitting with Lord Justice Treacy and Mr Justice Mitting, said: “The case for setting up an immediate statutory inquiry as requested by the coroner is plainly a strong one.

”The existence of important factors in its favour is acknowledged, as I have said, in the Secretary of State's own decision letter.“

The judge said he would not go so far as to accept submissions made by Ben Emmerson QC, on behalf of Mrs Litvinenko, that Mrs May's refusal to set up an inquiry was so obviously contrary to the public interest as to be irrational - ”that is to say, that the only course reasonably open to her is to accede to the coroner's request“.

But he warned the Home Secretary: ”If she is to maintain her refusal, she will need better reasons than those given in the decision letter, so as to provide a rational basis for her decision.“

Alexander Litvinenko was poisoned with radioactive poloniumHe said she must now give fresh consideration to the exercise of her discretion under the 2005 Inquiries Act, taking into account points made in the court's judgment.

But he said: ”I would stress that the judgment does not of itself mandate any particular outcome.“

He described the Home Secretary's discretion as ”a very broad one“.

He said: ”I do not think that this court is in a position to say that the Secretary of State has no rational option but to set up a statutory inquiry now“.

Mrs Litvinenko says she wants to get to the truth of how her 43-year-old husband came to die in 2006 after fleeing Russia and receiving political asylum in the UK.

He was poisoned with radioactive polonium-210 while drinking tea with two Russian men, one a former KGB officer, at the Millennium Hotel in London's Grosvenor Square.

His family believes he was working for MI6 at the time and was killed on the orders of the Kremlin.

Mr Emmerson accused Mrs May at the hearing which led to today's ruling of adopting the ”bizarre“ position of waiting to see what comes out of a pending inquest so restricted that it will not be able to examine secret evidence linked to allegations of Russian state involvement in the death.

Mr Emmerson argued there was ”a strong and overwhelming“ need for a public inquiry.

It was needed to establish whether Mr Litvinenko was the victim of a crime committed ”for private criminal purposes“ or whether it was a ”state-sponsored assassination carried out on the territory of the UK on the orders of the Russian government“.

He added that a statutory inquiry was the only way of investigating that central question as it involved accessing ”sensitive“ information covered by public interest immunity certificates. The courts had decided that information could not be made available to the inquest.

Neil Garnham QC, for the Home Secretary, argued that the claim should fail because the obligation to hold an effective, official investigation into the death is being discharged by the Government through a police investigation and the proposed inquest.

He submitted Mrs May's decision not to hold a public inquiry is rational and lawful.

A Home Office spokesman said: ”We are carefully considering the judgment. The Government continues to fully co-operate with the coroner's inquest into Mr Litvinenko's death.“

The coroner investigating Russian spy Alexander Litvinenko's death said there was a prima facie case that the Russian state was involved, it has emerged during a High Court hearing.

Lawyers for Mr Litvinenko's widow are applying for judicial review of the home secretary's "legally irrational" refusal to order a public inquiry.

Government lawyers, though, argue the decision was rational and lawful.

Dominic CascianiHome affairs correspondent
The government has successfully won a court order blocking the release of secret information in relation to the death of the former KGB spy Alexander Litvinenko.

It is the latest legal twist in what is becoming an ever-more complicated legal fight between his widow, the proposed coroner and ministers over what should or should not be made public about the nature of his death.

At the moment, the affair is in something of a limbo as the differing sides slug it out in the courts - so this judgement today is by no means the final word. But it is nevertheless quite revealing of how far the senior judiciary will go to protect information which ministers say cannot be disclosed. 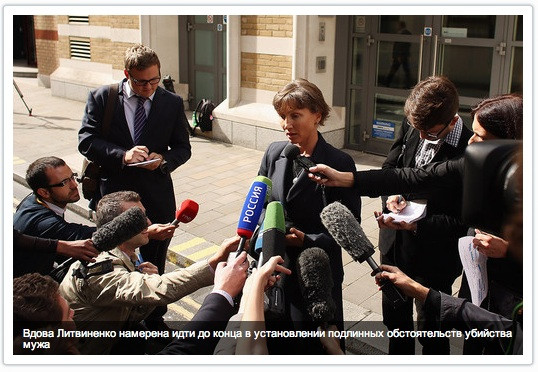 October 10, 2013
By ALAN COWELL
LONDON — It began as a spy story, rooted in the collapse of the old Cold War and hinting at the start of a new one. Now, it has become a widow’s tale.

Since November 2006, the commemorations of the death of Alexander V. Litvinenko, a former officer of the Soviet-era K.G.B., have come and gone with metronomic regularity, marked by fading memory and a dawning recognition that one of the most bizarre events in modern criminal history may never be fully explained because the authorities here and in Moscow do not wish it to be.